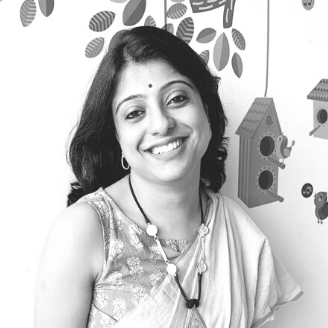 Aman has a BTech from IIT Delhi and MBA from Indian School of Business (ISB), Hyderabad. With a total experience of over sixteen years, he has worked with organizations like Schlumberger, IYC World, ABP (Anandabazar Patrika), BML Munjal University and Ashoka University.

As the Founding Project Director of Ashoka University he put together the road-map and led the set-up and launch of University from 2008-2015. During this period, he conceptualized and launched the Young India Fellowship Programme, helped secure the land and regulatory clearances for the university from Haryana Govt. and facilitated international partnerships with University of Pennsylvania and Carleton College. He also provided strategic oversight for design of all academic and administrative processes, recruitment of key staff members and design and set-up of the campus infrastructure. He was responsible for conceptualizing and building the Ashoka brand and anchored the outreach and admissions functions of the university.

As the Founding Registrar of the university, he set up the governance structure and constituted all critical statutory bodies and committees as per statutory and operational requirements. He also led the scripting of the first rules and regulations that govern the university and organised the successful inspection by the University Grants Commission (UGC) in 2014.

From 2003 to 2008 he worked at ABP and IYCWorld where he was involved in managing business units, in the education vertical, with profit and loss responsibilities.

Prior to that and in his first professional engagement after graduating from college in the year 2000, he was a Field Engineer with Schlumberger Oilfield Services where he worked for various oil companies in providing real-time ‘Drilling and Measurement Services’ on off-shore rigs in Indonesia, Japan, Middle East and USA.

Aman stays in Gurgaon with his wife Smita Polite and their daughter Anjali Polite. He is an ardent believer in a yogic lifestyle and he is closely associated with the Bihar School of Yoga, Munger.

After graduating from Jadhavpur University as the Gold Medallist in English, Tanya worked in PricewaterhouseCoopers office in Kolkata. On graduating from IIM Ahmedabad she joined Deloitte’s Audit and Enterprise Risk Services unit. In addition to client projects she worked on included Deloitte’s proprietary Risk Heat Map and developing a business case for Smart Grids. She was also part of the team that set up the Deloitte Innovation Labs in India.

After her consulting experience she went on to work with the Indian higher education sector in various capacities. As the brand manager for the most authoritative media publication Edu, she nurtured the community of over hundred education leaders in India and repositioned the brand by refining the readership and content offering.

She has also worked briefly with Planning Commission in planning new initiatives for the higher education space and assisting the partnership with Shiv Nadar University. She was also involved in developing a 360 degree marketing campaign around the different higher-education plans and identifying opportunities for corporations like Google, Microsoft and IBM to collaborate with the government.

She was a member of the core team at Ashoka University, where she anchored the outreach and admissions processes can played a key role in creating the Founding Class. Thereafter, she has assisted the strategy team of another leading private university in guiding its repositioning in the market for its management programs.

Sasidhar is India’s first Fulbright Scholar to pursue Master’s in Higher Education and has over seven years of experience in the international higher education sector.

He specializes in the areas of higher education administration, outreach and technology. Sasidhar was instrumental in setting up India’s largest collective philanthropic initiative – Ashoka University and its brand as an Ivy League-equivalent institution in India, among the top 500 schools in the country. He was awarded the ‘Impact Award’ by the Board of Trustees in 2015 for his initiative and commitment to the project. He was a Project Manager and was also the Founding Director of Outreach in the founding three years of the University. He also worked with the research department of INSEAD Business School, Singapore and few technological startups in United States and Singapore in the areas of media analytics and mobile based learning management systems for developing nations.

Sasidhar completed his Master’s in Higher Education from University of Pennsylvania on full scholarship funded jointly by the Governments of India and the United States. He also graduated from India’s first postgraduate program in liberal arts and leadership, Young India Fellowship on full scholarship. He graduated with a Bachelor’s degree in Engineering from BITS Pilani, Pilani Campus in 2009.

After completing his studies from UPenn, Akshay came back to India to lead the Corporate Strategy of Future Group. He later joined Ashoka University, as one of the founding team members, to assist in matters of strategies, operations, staffing and policy making.

Later in 2016, he founded CIBIX which is an end to end service provider for office search and leasing.
Akshay lives in Delhi, with his family.

A graduate of Advertising from Delhi College of Arts and Commerce, Delhi University, Aarushi has the experience of working with different technology startups in the e-learning, mobile and product space. Initially, she worked to identify markets for the application of cutting edge technology working with senior technocrats and it’s here that she identified her enthusiasm for Design. While in college she trained in Multimedia applications from Aptech and Webcity, working as a UI designer with internet startups of 1999.

After her stint as a Design Manager for one of the first mobile application startups in 2004,she went on to take several courses from Human Factors International to train as a specialist in Usability. Soon after she worked with NIIT to design their proprietary Learning Management System.

She worked with a leading trauma counselor from the UK Victor Lyons, to design learning strategies to raise the self esteem of primary school children in 2009 and opened her own after school centre and pre-school in 2010. She trained in the Montessori way and preschool designed the school on the same principals. In 2012 the programs developed by her for encouraging reading and STEM in under 6year olds were conducted in 4 other preschools in South Delhi.

Her last endeavour led her to come to Gurgaon to work with NIIT, her former employer as a project manager to design e-learnings for universities and corporates overseas offering online courses and trainings.

Aarushi has a keen interest in new technologies and their application in education and training. She is a Virtual Reality enthusiast and is more comfortable in the startup culture than the more mature corporate space.

She lives in Gurgaon with her two children, Armaan and Tiana. She also conducts gluten free and organic baking classes at her home, to encourage healthy eating habits in children and adults.

A recent graduate, who has almost encyclopedic approach towards market research and insights and his students-first attitude have added unique rigour to the game. When it comes to questioning the obvious, he is our guy! As a finance enthusiast, with extreme ownership and urge to learn, Nagpal loves to kick start new projects at REN.

Aayush has been born and brought up in Abohar, Punjab; and is currently putting up in Gurugram. He likes to use his leisure time to play badminton.

After graduating in 2017, Lovish joined REN. Highly influential with his people skills, he can give a fresh perspective within a split second. He puts in double the usual hard work, with triple the usual energy towards company’s innovation and growth. Undoubtedly, he is highly meticulous and is a perfectionist, with a proven hand in the digital marketing space.

Lovish comes from Nainital, Uttarakhand. He is presently staying in Gurugram. He is an avid reader and loves to practice football and swimming. 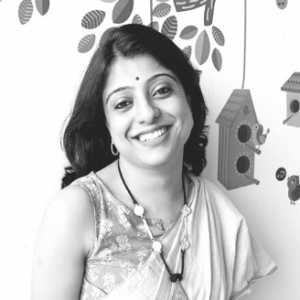 Manonita is a Higher Education Consultant and an HR professional with over 8 years of experience in managing diverse HR functions spanning manpower planning, employee life cycle, HRMS, appraisal management and organizational intervention. She has closely worked in areas of program management, administration and training and placements in the higher education sector. She has strong interpersonal and people management skills and is proficient in streamlining operations, creating systems and managing diverse stakeholders.

Manonita is based out of Kolkata. Other than work, she loves to cook and spend time on her daughter’s life-skills development.

After completing her UG from Lady Sri Ram College, Garima joined as a Research Associate at Infraline Energy Research where she took care of Reseach and team development in certain departments. Post which, she joined the Young India Fellowship Programme. Garima then worked in the Founding Projects Team, in a managerial role, to assist the development of Ashoka University. She plays an active role in Toastmasters International and Global Shapers Community. Garima also assists the outreach efforts, in the Institute of Career Studies.